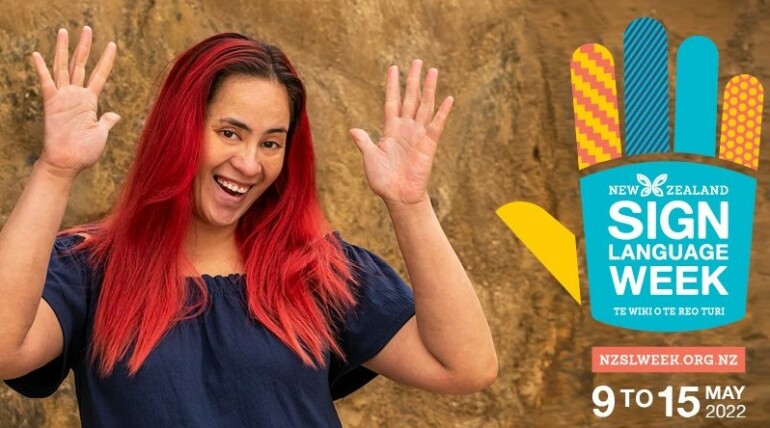 New Zealand Sign Language (NZSL) - This month, we celebrate New Zealand Sign Language week from 9-15th May. The theme for this year is NZSL is Essential. The meaning behind this theme is multifaceted. The word “essential” is well used these days and so NZSL are drawing on this to put a spotlight on essential workers who are deaf. Also, NZSL is essential for deaf people in education, health, workplaces and to be able to participate equally in society.

NZSL can express concepts from both English and te reo Māori but is itself a distinct language. Signs express concepts, and grammatical and expressive meaning is conveyed by movements of the face, head and upper body. You can read more here - https://teara.govt.nz/en/new-zealand-sign-language

Te reo Māori - At the beginning of the 19th century it was the predominant language spoken in Aotearoa/New Zealand. Up to the 1870s, and in some areas for several decades after that, it was not unusual for government officials, missionaries and other prominent Pākehā (European New Zealanders) to speak Māori. Growing up with Māori youngsters, their children were among the most fluent European speakers and writers of Māori.

As more English speakers arrived in New Zealand, the Māori language was increasingly confined to Māori communities. By the mid-20th century there were concerns that the language was dying out. Major initiatives launched from the 1980s have brought about a revival of te reo. You can read more here - https://nzhistory.govt.nz/culture/maori-language-week/history-of-the-maori-language

English - It is estimated that about a third of the world’s population, some two billion persons, now use English. English belongs to the Indo-European family of languages and is therefore related to most other languages spoken in Europe and western Asia from Iceland to India.

English adopts (without change) or adapts (with slight change) any word really needed to name some new object or to denote some new process. Words from more than 350 languages have entered English in this way. Although a Germanic language in its sounds and grammar, the bulk of English vocabulary is in fact Romance or Classical in origin. You can read more here - https://www.britannica.com/topic/English-language