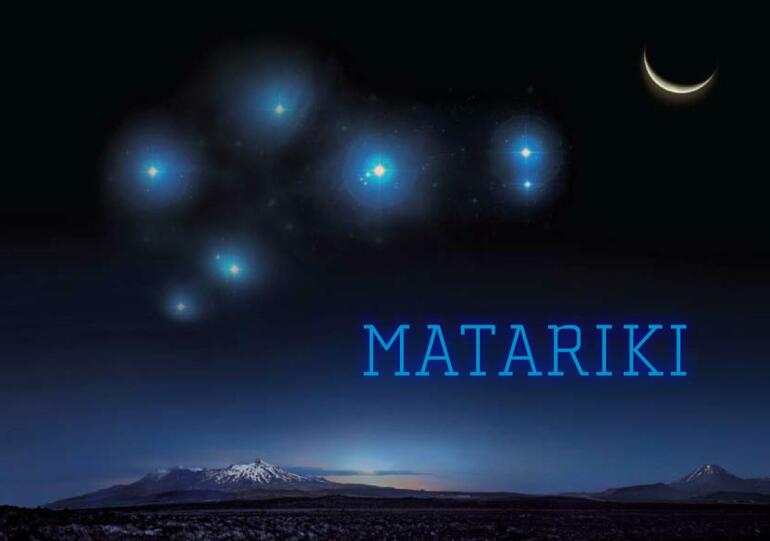 Matariki is the Māori name for the small cluster of stars also known as the Pleiades or the Seven Sisters, in the Taurus constellation. In New Zealand it comes into view low on the north-eastern horizon, appearing in the tail of the Milky Way in the last days of May or in early June, just before dawn. This heralds the Māori New Year.

Various Māori tribes celebrated Matariki at different times. Some held festivities when Matariki was first seen in the dawn sky; others celebrated after the full moon rose or at the beginning of the next new moon.

For all tribes, the importance of Matariki has been captured in proverbs and songs, which link it with the bright star Whānui (Vega):

Matariki re-appears, Whānui starts its flight.
Being the sign of the [new] year!

Matariki is also associated with the winter solstice. It appears when the sun, drifting north on the shortest day in winter, reaches the north-eastern end of the horizon. The sun then turns around and begins its journey south.

Matariki literally means the ‘eyes of god’ (mata ariki) or ‘little eyes’ (mata riki). Some say that when Ranginui, the sky father, and Papatūānuku, the earth mother were separated by their offspring, the god of the winds, Tāwhirimātea, became angry, tearing out his eyes and hurling them into the heavens. Others say Matariki is the mother surrounded by her six daughters, Tupu-ā-nuku, Tupu-ā-rangi, Waitī, Waitā, Waipuna-ā-rangi and Ururangi. One account explains that Matariki and her daughters appear to assist the sun, Te Rā, whose winter journey from the north has left him weakened.