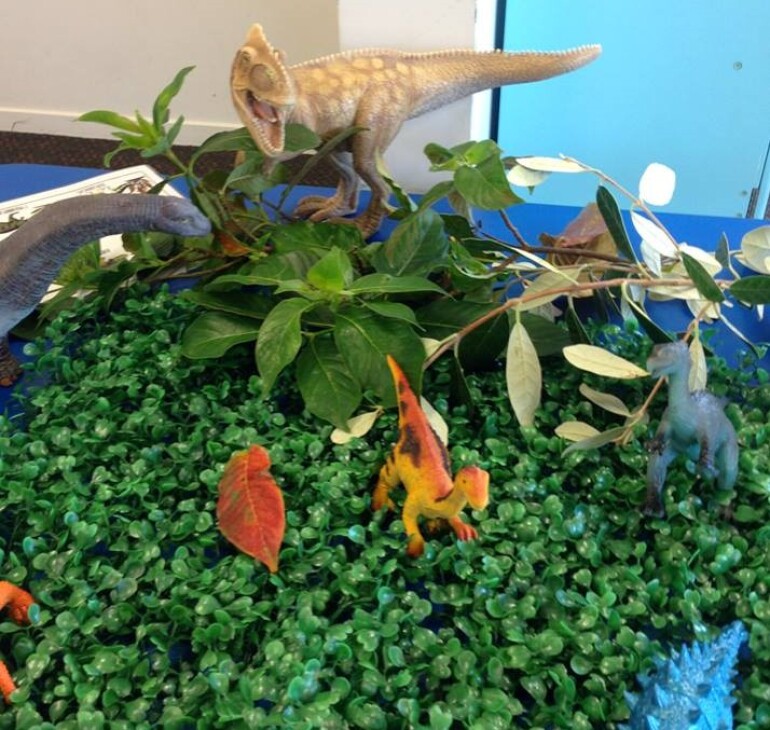 Many children go through a stage of being fascinated with dinosaurs, and this can start as young as 2-3 years of age. While studies have shown the most common intense interest is vehicles – planes, trains, and cars – the next most popular is dinosaurs. You may have seen your child look through pictures of dinosaurs, want to buy plastic dinosaur toys, explore and learn the names of dinosaurs, and discover what they used to eat.

Occasionally some children will carry their love of dinosaurs all the way through adolescence into adulthood and some of these people will go on to become biologists and palaeontologists.

Dinosaurs are huge, dangerous reptiles that went extinct over 65 million years ago, which is why children may become fascinated with them. Because they no longer exist, children know not to fear them; they are completely harmless and they pose no real threat to them. Because dinosaurs used to be strong, fearful and forceful, for children they can represent the principle of when they want something they can go out and get it, and nothing had better stand in their way.

When children pretend to be dinosaur’s adults often respond in a positive way, allowing children to be loud, stomping, angry dinosaurs. As a result, children can express their emotions and energy in a positive way through their imaginary play. In the past children often learnt about dinosaurs by visiting museums and observing skeleton representations of these, although now children have more animated opportunities to explore what they really looked like online and in multi-dimensional imagery. Real-life images of dinosaurs like this can provoke a child’s imagination and allow them to explore their working theories about the world and how dinosaurs used to exist.

When children learn the names of dinosaurs, this is often their first taste of mastering something difficult. The positive response they receive from adults enables them to feel like an expert in something, especially when the adults don’t know the names of dinosaurs themselves. A 2008 study found that sustained intense interests, particularly in a conceptual domain like dinosaurs, can help children develop increased knowledge and persistence, a better attention span, and deeper information-processing skills. Often an intense interest in dinosaur’s peaks around the ages of 3-5 and once a child enters the school system, for some children this interest can fade a little - there is just less time in the day to explore imaginary play.

Providing an environment to explore dinosaurs may include books, posters, sound-bites of dinosaurs, dinosaur toys, making an outdoor environment for dinosaurs to explore, trips to the library or local museum. Play such as this can be set up so that it is available long-term for children who are interested in dinosaurs to continue their exploration and learning.