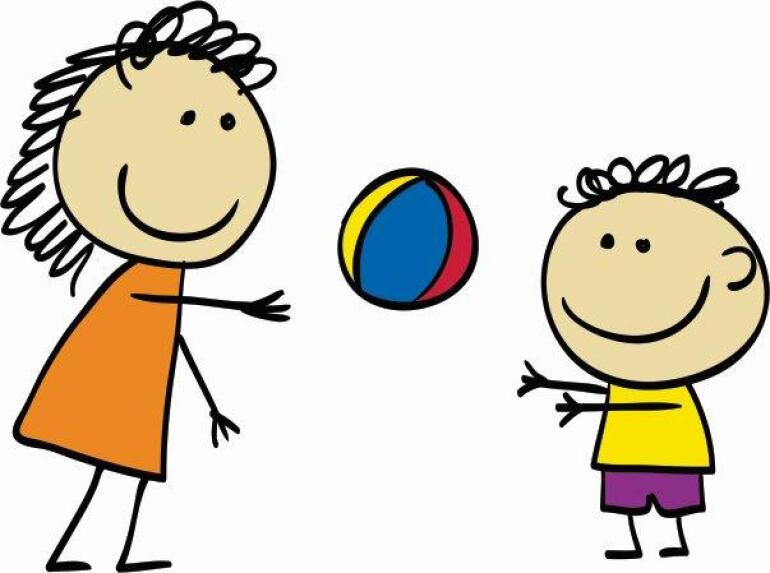 Here are 20 different games that families can play within their own outdoor property:

1. Hide and Seek: The general idea is that one person is "it," that person closes their eyes and counts to a certain number without looking and then they try to find the others.

2. Hopscotch: Use some chalk and make a hopscotch grid. You can make the grid as long as you like and hop away.

3. Marbles: Rules vary but one version is drawing a circle on the concrete, then take turns trying to knock each other's marbles out of the circle with your one large marble.

4. Simon Says: This game can be played anywhere, even in a car or other small space. One person is Simon and starts by saying, "Simon says, '<insert action here>.'" Everyone must then do the action. However, if Simon makes an action request without saying, "Simon says" to begin the request, anyone who does that action is out.

5. Tag:  The children decide who will start out as being "it." That person chases the other people around, trying to tag one of them with their hand. The newly tagged person is now "it." There is often the rule of "no tag-backs" where you can't tag the person who just tagged you.

6. Marco Polo: This variation of tag is played in a swimming pool. Whoever is "it" closes their eyes and yells "Marco!" The other players then yell "Polo!" The "it" person has to tag one of the others, and then that person is "it."

7. Blind Man's Bluff: A favourite game in Tudor and Victorian England, this game is yet another variation on tag. The person who is "it" wears a blindfold and tries to tag the other players.

8.Water Balloon Toss: Two people stand within feet of each other and one tosses their water balloon over to their partner who in turns catches the balloon. If they are successful, they each take one step back and repeat. If they aren't successful the water balloon bursts, and someone has just managed to cool themselves off meanwhile being kicked out of the game.

9. Spud: Every player gets a number and crowds around the person who is "it" for that round. "It" then tosses the ball straight up and the other players run away. As the ball reaches the top of its toss, "it" calls out the number of one of the other players and then runs away also. The player whose number was called must run back and catch the ball (or chase after it if it is bouncing around). Once that person has the ball, they yell, "Spud!" Then everyone else must freeze. The person with the ball must try to hit one of the players with the ball. If they do, that new person gets a letter (first S, then P, then U, then D) and is now "it." If they miss, the person who threw the ball is "it" for the next round.

10. Musical Chairs: In a circle, arrange chairs facing outward to total one fewer than the number of players. An additional player needs to be in charge of the music. When the music starts, the players walk around the chairs. When the music stops, players sit down in the nearest chair as soon as they can. The one player who does not have a chair is out. One of the chairs is then removed, and the game continues in this manner. The player that sits in the final chair is the winner. This game is traditionally played inside, but it can also be played outside with outdoor furniture and a portable music player.

11. Broken down telephone: This game is one in which most people end up laughing quite a bit, so if you're in the mood for silliness, give it a go. Players sit in a circle. One person thinks up a sentence or phrase and whispers it to the next person. That person repeats it to the person on their other side. This continues around the circle. When it finally reaches the last person, that person says the sentence out loud. Hilarity ensues. The ending sentence is usually quite changed from the beginning sentence, since errors tend to compound as they go around the circle.

12. Freeze Dance: Choose one person to be in charge of the music. When the music starts, everyone else dances the crazier the better. When the music stops, the dancers must freeze in their position. Anyone caught moving after that is out. Play continues until there is one person left, the winner.

13. Big Foot Relay: Give the kids two shoeboxes each. Tape the lids onto the boxes, and then cut a one-inch-wide and four-inch long slit in each top. Have the contestants slip their feet into the slits in the boxes and race.

14. Batty Bowling: Find a number of silly or odd items that can be knocked over by a ball, such as a plastic milk carton, a candlestick, a stand-up doll, a plastic vase of flowers, a pizza box, and a tower of empty cans, an umbrella stand, an empty container, and a book. Line them up like bowling pins and let the bowlers try to knock them over with volleyballs, tennis balls, or golf balls.

15. Name-It Ball: Have players form a circle. Give one player a rubber ball. That player selects a category, such as sports gear. He or she then bounces the ball to another player in the circle, who must catch the ball, state an item from the category, such as "tennis" and keep the ball moving to the next player. If the player can't name an item, holds the ball too long, or repeats an item, he or she is out.

16. Pick Pocket Tag: Put a strip of cloth in each player's back pocket. Have the players try to grab each other's strips without having their own strip taken. The player with the most cloth strips wins the game.

17. Treasure Hunt:  This is a great game for parents to play with their kids. Parents' draw up a map and burying the treasure throughout the yard. You can leave small mounds of dirt where each treasure is buried to make it easier for the kids to find the buried treasure. Or you could mark the area around the buried treasure as another way of giving your kids a hint. The actual treasures can be things like marbles, beaded necklaces, and other small objects.

19. Egg Relay: Two spoons, one egg, are the basics of the classic egg relay game. You can use a small ball instead of an egg. To play a game of egg relay with adults and children you can have the adults line up in a row and the children line up in another, facing each other. Give each child a spoon with a boiled egg and have them race to their adult partner meanwhile trying not to drop their egg. The first one to reach their assigned adult wins. Then you play again allowing the adult to carry the egg on the spoon back to the child.

20. Three Legged Race: The three legged race is a classic summer game where two people tie one of their legs to the other and race to the finish line. This game can be played by both adults and children although it might not be a good idea to mix the two.